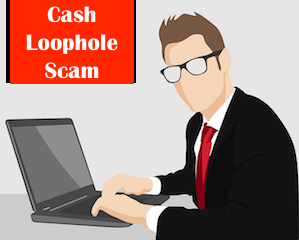 What is Cash Loophole?

So what is Cash Loophole?

That very claim alone is enough to set off a peal of alarm bells!

But then I have seen so many scams online.

They also claim that they are looking for Beta testers to test their software free before it is released on general sale at a cost of $1000!

And they guarantee that if you lose any money, they will refund you with double the amount! They draw attention to the security on their site which looks like this:

but then anyone can screen shot that just as I have just done!!!

But wait! If its free, how can you lose money?

Well, it turns out that although the software is free, you cannot use it without investing a minimum of $250! They don’t mention that in their video!

The video contradicts itself!

I first found this video whilst checking on a Google alert, which I have set up to alert me of any new trends in Online marketing – in this case I was checking on the latest scams.

It was the kind of video I have seen before which starts off by making what anyone would consider to be an impossible claim, as I have shown above. It went on to claim that within 5 minutes you would know how to do this!

First Contradiction: After the first five minutes the viewer was told that it would take another five minutes, and this pattern was repeated.

In all the video took over half an hour to view in its entirety!

And of course, in this type of video there is no facility to be able to skim through it – if you want to see what they are really offering you have to watch the lot!!

So Why Do People Keep On Watching?

The “carrot” which he used to persuade people to continue watching was that at the end of the video viewers would find out if they too would qualify to be a beta tester.

So Exactly What Is Cash Loophole?

According to the video, the Cash Loophole software is a new auto trading software in the binary options industry which has taken over two years to develop.

The brain behind this is apparently someone called Kevin Wright, and the presenter claimed to be called Richard Sellars who said that he was or had been working as a chef in a restaurant in Birmingham, UK.

The viewer never gets to see Richard Sellars; he is merely the unseen narrator of the video.

This fact alone also alerts alarm bells – it is a ploy which is frequently used on videos which are trying to scam the viewer! Why should we believe anything which is said by someone who is not even prepared to show his face!

But he did show videos of several people who were already beta testers, and who had evidently made large amounts of money with the system.

And underneath the video were “testimonials” from other happy punters!!

Who Are Those People?

If you google those people shown above, you will find that they are very unlikely to be real people! Very often stock images are used by sites such as these.

Nor was it possible to find them on Facebook! Quite simply, they are fictitious – they don’t exist!

Incidentally, you may notice that one of the testimonials refers to a Michael! Now we haven’t actually heard of this Michael before, so goodness knows where he fits in. We were told that the software brain was     Kevin Wright!!

Now we come to the third Contradiction:

He tells us that we are now watching the third and last “live” opportunity to become a beta tester, and that they are looking for those beta testers in just nine countries before the system is launched to the whole world on January 3rd 2017.

Hang on a minute!

I was watching it on February 7th, which is obviously way after the stated launch date, so why are they still looking for Beta testers? Surely the time for that is long past! This must be an old video which I am watching!

Then I noticed a “real time” Live Results script to the side of the video, as shown below:

As you can see, the date on the results is again February 7th! And the dates run from January 1st – just two days before the supposed “launch”!

Obviously there is something very odd going on here!

So I continued to watch the video…

The presenter then went on to say that they had originally put an advert on Facebook asking for people to beta test this system.

He then proceeded to call up two of these “volunteers” on Skype, one in the US and one in Germany. They both managed to sound genuinely surprised at the call!

He asked them to download the software and activate it, and promised to return to them within five minutes, to which they agreed.

After about five minutes he did return to them, and asked them to share their screen to show their results. Both of them appeared to have made around $1500 in that time! And they both seemed amazed and thanked him profusely!

This little contrived demonstration was obviously designed to convince the viewers that this system would work for them too.

And sure enough, at the end of the video there was the “invitation” to fill in the form and become a beta tester too. Viewers were urged that this really would be their only opportunity to make life-changing amounts of money!

This kind of Video Presentation can be very Dangerous!

The people who set up this kind of thing have a very definite audience in mind. They are aiming at those who may be

But in our heart of hearts we all know that there is no such thing as a “get rich quick” scheme!!

A good rule of thumb is that if a thing looks too good to be true, then unless you can find indisputable evidence to the contrary, then it is in fact not true!!

So the very first thing I did was to look online for some reviews what is Cash Loophole..

I have not been immune to such scams in the past, but once bitten twice shy, as they say. So now I make it a rule to do some research on anything I find – to do my “due diligence”

I first tried to find out who Richard Sellars and Kevin Wright are.

Strangely, they do not appear anywhere on the Internet except in connection with Cash Loophole. As I suspected, they are not real people, and the so-called Richard Sellars is obviously a voice-over actor.

This was confirmed by the fact that every review that I saw said that either there was not enough evidence that it was legitimate, or that it was definitely a scam.

The same thing applied when I checked out YouTube. Most of the videos there are issuing warnings about Cash Loophole, and the odd one which is advocating it is definitely a

Nowhere, with the exception of the Cash Loophole website, could I find anyone with anything positive to say about Cash Loophole.

I fell for cash loophole. They recommended binary online.

As soon as you register you get a phone call explaining you the procedure. They claim they are professionals and offer a bonus straight away if you invest £255 pounds. I went for it not doing my homework and finding out more about the broker.

You are referred to a trading expert who will try to persuade to invest as much as possible to top it up with a 100% Bonus and come as close as possible to £5000 to have more money to trade with.

Unfortunately I agreed to invest more and charged my credit card with another £1500. I intended to withdraw and stop the process but the account tab for choosing withdrawal didn’t work on my phone nor on my computer (no time to check the internet cafe). I received the Bonus of £1750.

According to their conditions I would need 30 times turnover of the Bonus in order to make any transactions. I didn’t start trading yet.

This is worse than I thought!

It appears that once you get sucked into this system, there is no end to their attempts to get money from you, and absolutely no redress when you have lost it.

As to the guarantee which is offered – forget it. No one will ever get back to you if you complain!

I know very little about trading in Binary Options, so I spent some time on research and came up with the following facts:

I hope that I have provided some answers to the question “What is Cash Loophole?”

Never join anything or part with any money before doing your own research and due diligence. You can do this by putting “What is Cash Loophole” into Google, for example!

Never believe “get rich quick” claims. Ask anyone who is successful in business and they will tell you that it is necessary to work before you can succeed!

If you would really like to know how to start up and run a successful Online Business, then please do look at my Number 1 Recommendation

Very many thanks for reading this post, and if you have any comments or questions, please do leave them in the Comments box below – I should love to hear from you, and I promise I will reply to you as soon as I possibly can. 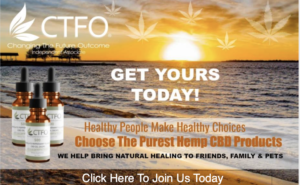